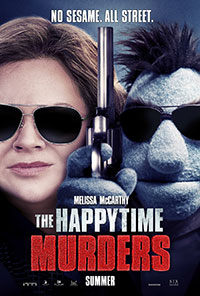 The puppet stars of an iconic TV show The Happytime Gang are some of the biggest celebrities around. But off camera, the family-friendly cast leads the kinds of lives that would make a tabloid writer blush. When the stars of The Happytime Gang begin to be mysteriously murdered, two mismatched detectives – one a type-A, take-no-prisoners human with a secret, and the other a crass, hard-drinking puppet with a connection to one of the victims... Full synopsis »

Review: Is 'The Old Guard' a Must-See?

'Relic' is the Chilling Horror Movie We Need