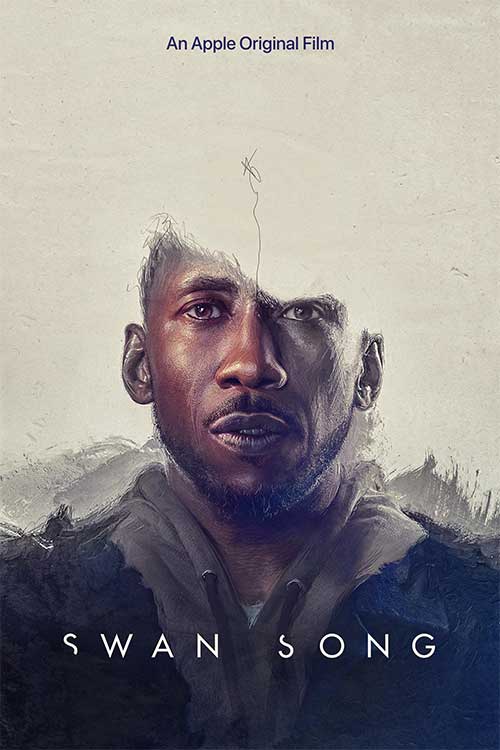 2021’s Swan Song, not to be confused with 2021’s other movie Swan Song, stars Mahershala Ali as a husband and father who, facing a terminal illness, opts to clone himself without telling his wife. Because, you know, secrets are the key to a long-lasting and healthy relationship.

A contemplative sci-fi drama written and directed by Benjamin Cleary, Swan Song is a beautiful examination of life, love, and death told in an accessible, moving way. Fueled by a rich, glossy aesthetic and a patient, restrained, and even quiet storytelling approach, the movie offers a sense of tranquility rarely seen in movies.

Though it’s not the overpowering type of performance that wins broad acclaim, Ali gives a terrific turn, essentially playing dual characters who are both the same person. After all, if you look like Mahershala Ali, sound like Mahershala Ali, and have the same memories as Mahershala Ali, you’re probably some dude with Ali as his last name. Though she has a significantly smaller role, Naomie Harris has great chemistry with her co-star, making their romance and his character’s ultimate decision all the more believable.

Swan Song is both smart sci-fi and accessible entertainment, a rare combination. As worthy of acclaim as it is, it’s also hard to say the movie is essential cinema. It poses interesting questions, or perhaps more accurately interesting dynamics, but it doesn’t push strongly enough, content being what it is while never attempting to really challenge the viewer. It’s a confidently told picture, but confidence isn’t quite enough.

For those who want a sci-fi drama instead of an action film for a change, Swan Song is a refreshing breath of sweet, still air. Between its Apple TV+ release and less-than-edgy story, it unfortunately risks being lost to the sands of time. That shouldn’t stop you from seeking it out. Just don’t confuse it with 2021’s other Swan Song.

The New 'Scream' is a Lamer Version of 'Scream'