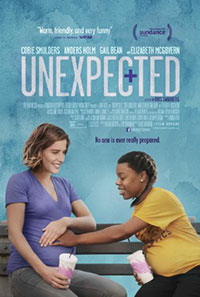 Cobie Smulders is pregnant, and that’s not necessarily a good thing. On the positive side, one of her high school students is also knocked up, and that’s almost assuredly not a good thing. Such is the premise of Unexpected, an indie drama that goes through the motions while failing to define itself.

There’s nothing inherently wrong with Unexpected, which is directed and co-written by Kris Swanberg. The problem is: like so many other indie dramas, it lacks edge, a reason for its existence. Some things happen, none of them particularly noteworthy, and then the movie ends. And frankly, as of writing, only five hours after finishing the movie, I’ve already forgotten how it ends.

Smulders’ character encounters a variety of conflicts throughout the film, but all of them minor. There isn’t much at stake for her at all. Gail Bean’s conflict is a little more interesting, but Swanberg barely explores it.

Was 'Mulan' Worth the 6-Month Delay?